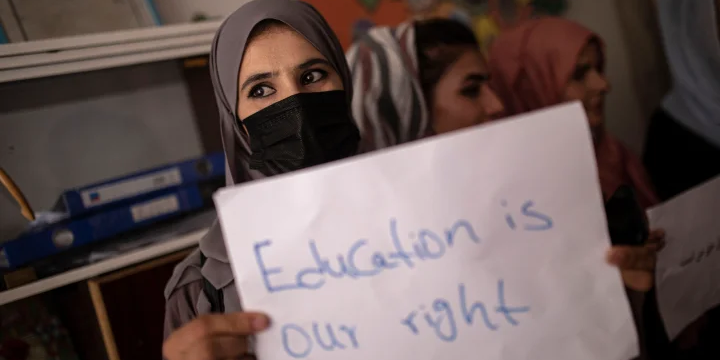 Afghanistan’s foreign minister appealed to the world for good relations on Monday but avoided making firm commitments on girls’ education despite international demands to allow all Afghan children to go back to school.
Almost two months after the former Western-backed government collapsed and insurgent forces swept into Kabul, the new Taliban administration has pushed to build relations with other countries to help stave off a catastrophic economic crisis.
“The international community need to start cooperating with us,” acting Foreign Minister Amir Khan Muttaqi said at an event organized by Center for Conflict and Humanitarian Studies at the Doha Institute for Graduate Studies. “With this we will be able to stop insecurity and at the same time with this we will be able to engage positively with the world.”
But the Taliban have so far refused to give ground on allowing girls to return to high school, one of the key demands of the international community after a decision last month that schools above the sixth grade would only reopen for boys.
Source: Global News