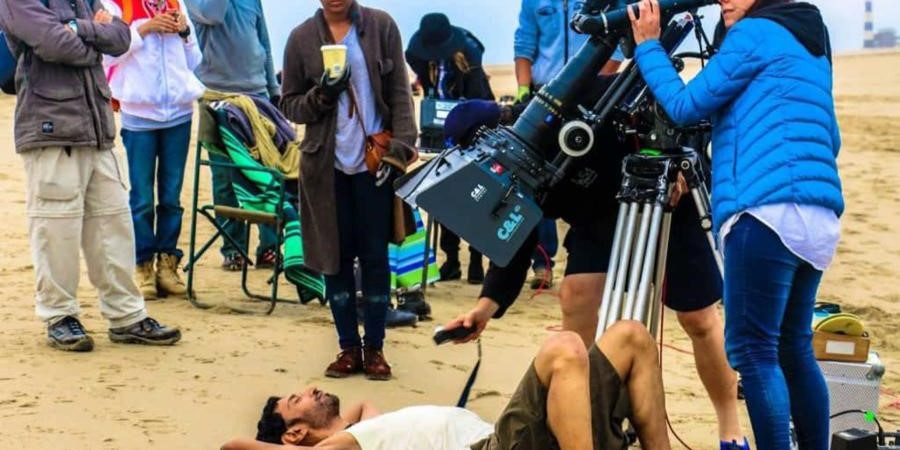 Starting off her career in film by doing make-up in the industry, Esther Beukes has since produced for a series of films and video productions in Southern Africa.

She is determined to become one of the top directors in Africa, and there’s certainly no stopping this MultiChoice Talent Factory (MTF) alumni, judging by her profile.

Beukes worked on the MTF-produced film Savannah Skies, which has aired on DStv platforms, and notes that her biggest highlight from attending the academy was being exposed to young, brilliant minds.

“As the saying goes, iron sharpens iron. It really opened up my mind to the bright future of the Southern African Film Industry.”

A promo of Beukes is currently running on DStv platforms, and she couldn’t contain her excitement after hearing from friends and family who complimented her about the promo.

“To be honest, I thought it aired in Southern Africa, only to receive texts from my friends in East Africa. MultiChoice has such a big reach and getting to represent my country in that way is a big deal. I was also overwhelmed to be recognised on woman’s month as a leading woman in the film industry.”

In terms of the UN global theme for 2020 in celebration of International Women’s month in March, which is #GenerationEquality, Beukes says she strongly resonates with the theme as she is an advocate for gender equality and often recognizes the disparities.

“It isn’t easy being a woman in a male-dominated industry. One tends to constantly be put in positions where you need to reassert yourself. I believe, however, that there is a shift, slowly but surely things are changing. With things like the #MeToo movement in Hollywood, Harvey Weinstein’s arrest etc.,there is a stance taken around the world that ill treatment will no longer be tolerated. People are seemingly becoming more sensitiveand aware of woman’s inequality issues.”

As an African filmmaker, Beukes said she has never felt more challenged in her life, but believes it is an exciting feat she is willing to conquer.Just recently, she secured a production gig on Zambia’s first telenovela titled Zuba.

Speaking on how she became a part of Zuba, Beukes said she had two months to intern on various Zambezi Magic shows during her time at MTF. Soon, she was placed on three of Zambia’s most popular programmes at the time, namely Mpali, Date My Family and Zuba.

“After I graduated, I was offered a job as the first Assistant Director on Zuba and a month later, I was moved up to Associate Producer. I am one of the youngest people to hold either of these positions.”

It may have been challenging, however, Beukes is taking it head-on, especially as a Namibian working in Zambia. “I still have a lot of growing to do but I’m up to the task.”

“MultiChoice has really helped elevate me as a filmmaker. I’ve been empowered and I don’t know how I could ever truly express my gratitude. I hope MultiChoice can continue initiatives such as MTF; this so needed in Africa. So many lives have already been changed.”