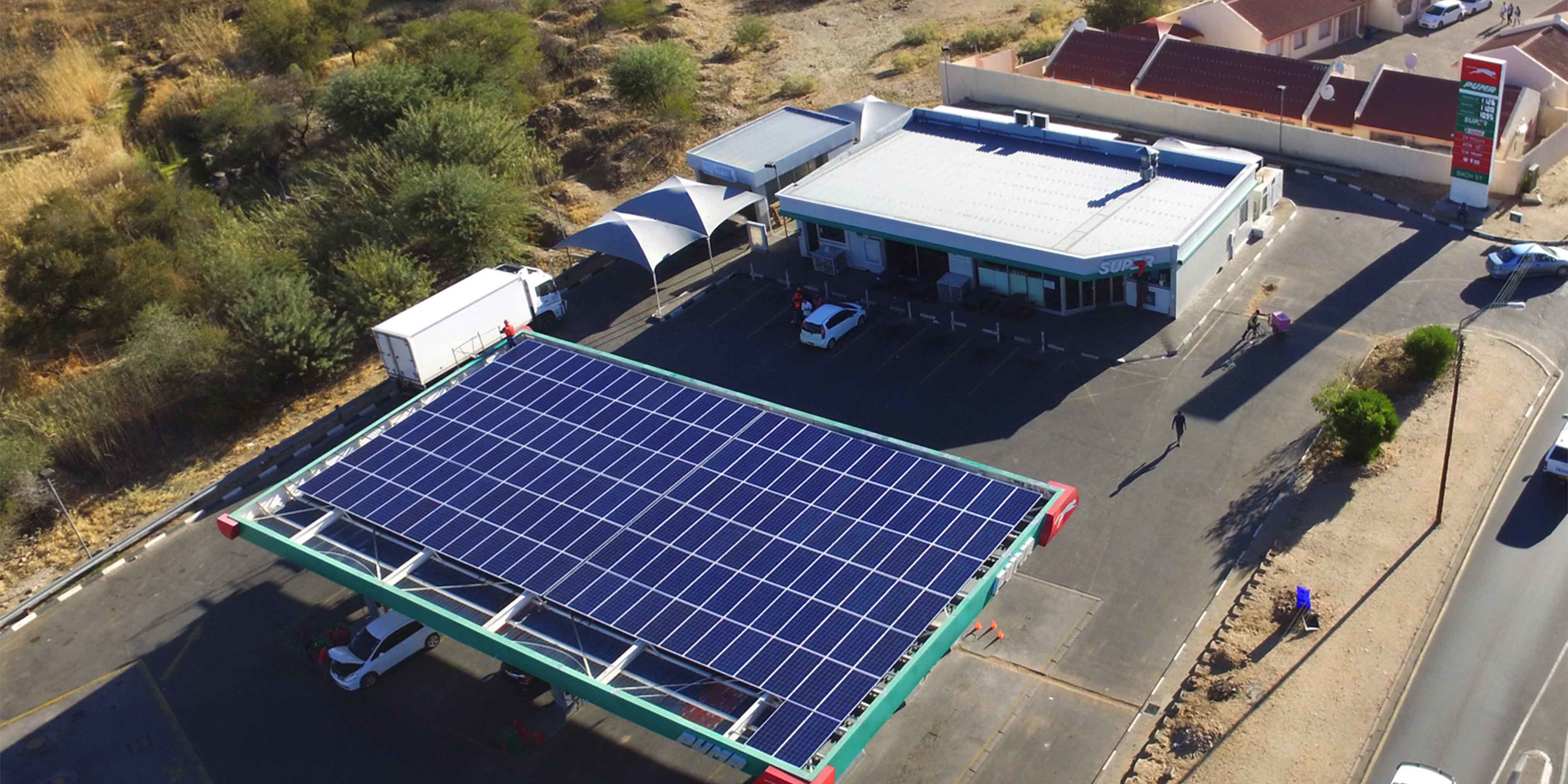 Service stations are seen as ideal candidates for solar PV solutions as they generally have canopy space that sits in full sun. They also consume a lot of electricity, especially as many sites now include 24-hour retail stores as part of their service offerings.

A number of the fuel stations that have completed solar installations have considerably cut their monthly electricity costs, by up to 40% of their total monthly power consumption.

Some of the service stations in the country that have resorted to solar power include Puma Energy in Dr Kuaima Riruako Street (formerly Bach Street), Engen sites in Windhoek, Outapi and Oshikuku, another Puma Energy site in Windhoek, a Shell station in Rehoboth and a Total station in Otavi. Numerous other installations are planned across the country in the coming months.

While initial solutions have focused on daytime power generation through grid-tied solar, existing systems are now being upgraded to include battery storage as that technology becomes more cost-effective.

Some 734 petrol stations in 29 African nations have at least partially shifted from conventional grid electricity to solar, according to AFSIA, with French energy company Total at the forefront of the transition.

Total has ‘solarized’ 540 petrol stations in 27 African countries, according to the report.

The AFSIA survey highlighted the plans of Zimbabwean energy company Zuva Petroleum, which wants to add solar and energy storage at 180 of its sites.