You are here:
Shopping Basket 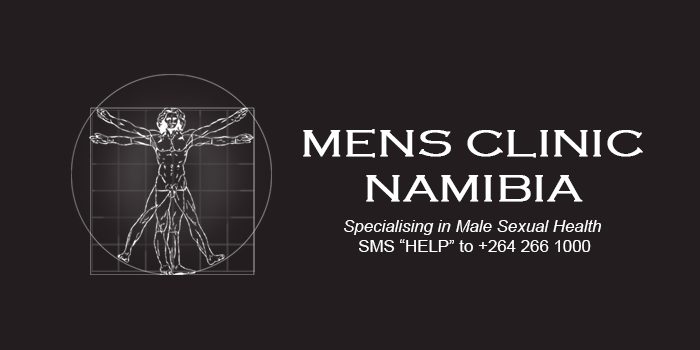 Violence against women has been blamed on men with poor self esteem. Improving their sexual function goes a long way in boosting men’s confidence!

Mens Clinic, as suggested by the ‘Vitruvian Man’ logo, has a holistic approach to male sexual health, screening for other conditions like high cholesterol and diabetes.

What’s in it for the Men?

Men by upbringing are expected to be the stronger sex. They tend to be stoic about the nagging pains their bodies experience. As a rule – men don’t discuss their health – with anyone! least of all their sexual health!

Mens clinic seeks to provide a platform where men will be heard, a safe zone where no subject is taboo.

At Men’s Clinic Namibia we are passionate about your well being and we promise confidentiality at its highest level during the consultation and treatment process.

As mentioned we provide a platform where men will be heard in a safe zone.

With our confidentiality policy, you are more than welcome to contact our offices for a consultation booking on the following details;