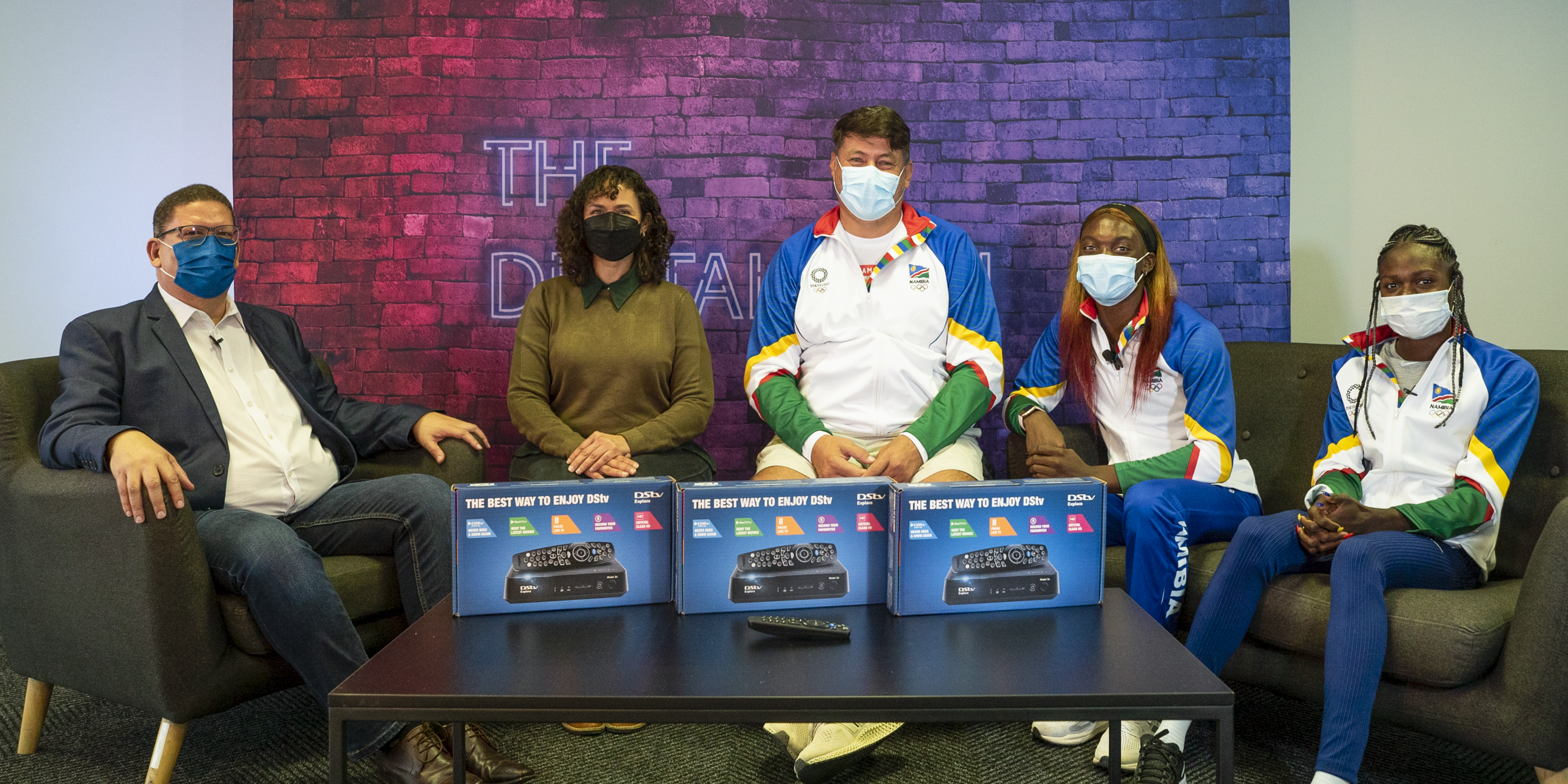 With the Tokyo Olympics in full swing, MultiChoice Namibia is delighted to showcase Namibian athletes through the dedicated SuperSport channels.

Airing every medal event live, SuperSport’s coverage of the Olympic games will include eight 24-hour channels on DStv and for the first time ever, GOtv will dedicate four channels to the Olympics, including the opening and closing ceremonies as well as 24-hour Olympic news and highlights.

“We are excited for our athletes and are in full support of watching them go for gold.” says MultiChoice Namibia Managing Director, Roger Gertze. “In our local campaign, we featured Namibian athletes to bring it home and create a connection to Namibian supporters. Our aim is to encourage the athletes in their respective sport codes.”

Prior to our golden girls Beatrice Masilingi and Christine Mboma departing to Tokyo, MultiChoice Namibia met with the athletes for an exclusive interview for our vodcast The Digital Dish.

“I’m really happy that I got the Explora decoder for my family to watch me while I’m racing in Tokyo,” Masilingi said. “Thank you for all the support that I have received from my family and friends out there as well as the companies that have been sponsoring me.”

Mboma echoed Masilingi’s sentiments, while sharing her eagerness to race. “It’s a big competition for me,” she said. “I’d just like to do my best.”

It has been three years since Botha has been training with the girls, and through a strict regiment, believes they will excel during the Olympics.

Those who are eager to watch the duo compete have the opportunity to either connect or upgrade. For DStv, the Access package will include two channels while the Family package features four. Compact viewers can watch six channels dedicated to the Olympics while Compact Plus viewers can access eight channels. Premium subscribers have access to nine channels, including the Grandstand channel.

Eager to stream? The DStv App including Showmax will carry Olympic making it an easy platform on which users can access what interests them.

To express our support to Namibian athletes Beatrice Masilingi and Christine Mboma, as well as their coach Henk Botha, we have sponsored 3 DStv Explora decoders to the team. The handover as well as an exclusive interview with Masilingi, Mboma and Botha is available of our new vodcast The Digital Dish on YouTube.

Catch episode two through the following link: (https://www.youtube.com/watch?v=Jxy3TuXQiWU&t=5s) as we believe in #AnchoringForSuccess.