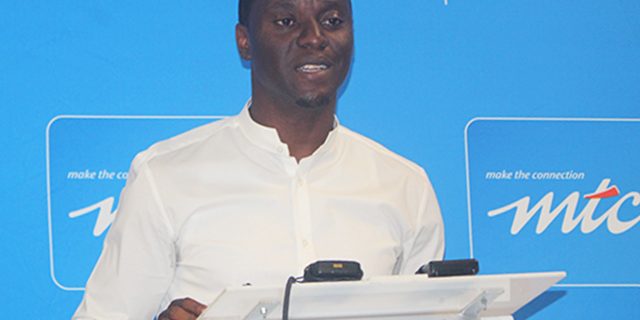 MTC has announced that it has now officially ended its relationship with the Namibia Premier League (NPL) following its expulsion as a member of Namibia Football Association (NFA).

In March 2020, MTC announced that it will not renew its relationship with the NPL once its 3-year agreement comes to an end at the end of the season, but that it will continue to hold the NPL budget till the end of the MTC financial year, and should the league not resume before then, the NPL will forfeit its budget.

MTC’s Chief Human Capital & Corporate Affairs Officer, Tim Ekandjo explained this new development as follows: “You would recall that MTC already announced that we will not renew our contract with the NPL once the season comes to an end. The current season was supposed to have ended in May 2020; however, we were more than generous to give the NPL four extra months till the end of September 2020 to either get the league started or forfeit their entire budget,” he said.

Ekandjo added that, “We kept our promise, however now that the NPL is officially expelled by the NFA and therefore now a non-existent body, this automatically makes any agreement we had with the NPL null and void and they have therefore by virtue of their expulsion forfeited their entire budget and any other obligations we might have with them. We will no longer be holding this budget till end of September and this will bring our 16-year old relationship in which we invested over N$168 million to a very sad end. It is indeed a sad development for football seeing that MTC and NPL shared a rich history that spans for many years, and seeing it going down the drain in this manner is rather disappointing and a decision the leadership of football will have to live with.”

MTC will however continue to invest in Namibian football when it announced a N$13.5 million sponsorship towards the MTC NFA Cup for the next 3 years. MTC will also continue to commit to the Dr. Hage Geingob Cup and now the MTC Hopsol Youth Soccer League amongst other sports codes.