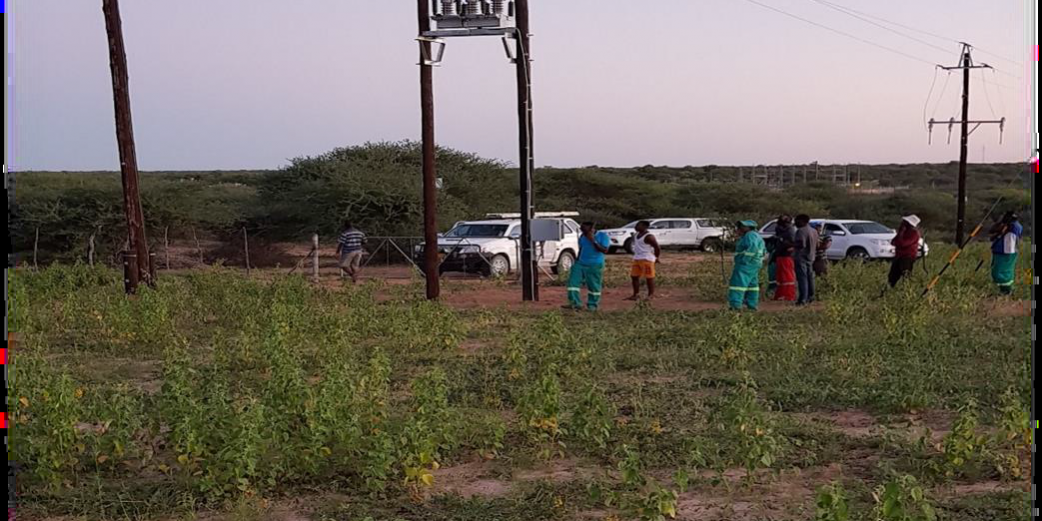 NamPower continues to play its part in the realisation of Namibia’s rural electrification, 30 years after the country’s independence.

The Rural Electrification Programme was initiated soon after independence in 1990, to extend the national grid and provide electricity to rural communities. The programme targets rural communities and un-electrified public institutions countrywide. Its primary objectiveis to provide electricity to these communities, in order to improve the standard of living, increase economic and commercial activities, thereby reducing unemployment through job creation, improve the quality of health and educational services, combat adverse environmental practices (deforestation) and reduce the rate of rural-urban migration.

The government has spent over N$1,5 Billion towards the programme. This is an immense achievement, given that at independence, rural electrification stood at 0%.

NamPower’s decision to join the Rural Electrification Programme was aimed at augmenting government’s efforts to improve the citizens’ standard of life. In line with its mandate and corporate social responsibility policies, NamPower understands that to extend power to rural communities in Namibia will lead to the improvement in the quality of life and provide opportunities for economic development.

As early as 1991, NamPower started investing in rural areas and together with the Ministry of Mines and Energy, embarked upon the implementation of the Rural Electrification Programme. The utility steadily increased its rural electrification budget to N$20 million from N$15 million in the 2011 Financial Year, and in the 2012/2013 Financial Year, an additional N$9 million was spent on providing and installing prepaid metres to village councils in the southern region.

The budget allocated to the programme has since been increasing over the past few years.

Priority areas to be electrified are normally chosen through the offices of the different regional councils and based on that, NamPower electrifies the identified areas. This is done considering available funds.

The latest rural area electrified under the Rural Electrification programme, is the Eiseb 10 area in the Otjombinde Constituency of the Omaheke Region.Eiseb 10 is situated about 140 kilometres from Tallismanus and approximately 380 kilometres from Gobabis, and is an exit point to Gam. Government entities found at Eiseb 10 are a school, clinic, police station, Water and Forestry sub-office and a shop.

Omaheke regional governor Mr Festus Ueitele says with the latest NamPower connection, clinics, police stations and almost all schools in his region have been electrified with the exception of one school.

“As leadership, we are thankful of NamPower’s social responsibility gestures which continue to lighten the lives of our people in the region. There are however, some rural areas in some regions that are not connected to electricity,” Mr Ueitele relates.

Councillor of the Otjombinde Constituency, Mr Katjanaa Kaurivi, said his community received NamPower’s gesture with open arms, as they are now becoming part of the modern world through the rural electrification drive.

“Electricity brought relief to our residents. People now can watch television, own fridges and electric stoves and are not entirely dependent on firewood anymore and can even store their perishable goods for longer,” the councillor said.

Upon commissioning of the project, 75 households benefited from the project of which eight were businesses, while government infrastructure that were electrified are the Eiseb Primary School, the clinic, the Ministry of Agriculture, Water and Forestry sub-office and the police station.

The project was constructed in two phases, the first phase started in July 2015 until November 2016, while the second phase commenced in December 2016 and was completed in September 2018 and officially handed over by the contractor to NamPower and the Omaheke Regional Council in February 2019.

The Ministry of Mines and Energy says, carrying out this noble gesture is not easy as the realisation thereof is challenging due to budgetary constraints and lengthy tender processes.  The shortage of qualified electrical contracting companies has also made the task more challenging.

Most of the required material and equipment are sourced from South Africa and takes between three to four months to acquire, while grid electrification cannot reach communities living in remote areas.

However, off-grid electricity such as solar technologies can be used.

The rural electrification policy, stipulates that only households living within a 500m radius from the transformers point can be supplied with electricity.