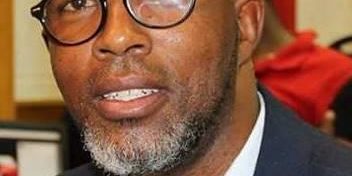 Katjaimo yesterday told New Era it had not been an easy decision to make, but he believed he had made the right one, and he would be a voice of the voiceless for Katutura residents if elected.

“It has not been an easy decision to make – but yes, I will stand as a candidate in the upcoming elections. I will soon tender my resignation with NBC. I believe the time is now,” said Katjaimo.

Katjaimo, who has been at the national broadcaster for nearly 16 years, says his journalism background and experience will be able to complement his political career.
Katjaimo will be contesting against Nudo’s Spire Ngangane, and independent candidates Ravandeka Kaurivi and Edison Uapingene, among many others.

The constituency has long been a Swapo stronghold. Swapo was by yesterday expected to name its candidate. Ambrosius Kandjii is the current councilor.

Katjaimo said the constituency is faced by many challenges such as youth unemployment, violence, drug and alcohol abuse, issues he said he will help address.
He said he will soon come up with a youth-focused election manifesto that he will present to electorates.

More of the story at https://neweralive.na/posts/radio-presenter-runs-for-office