SOLTRAIN Explores Use of Solar Heat In Industrial Processes 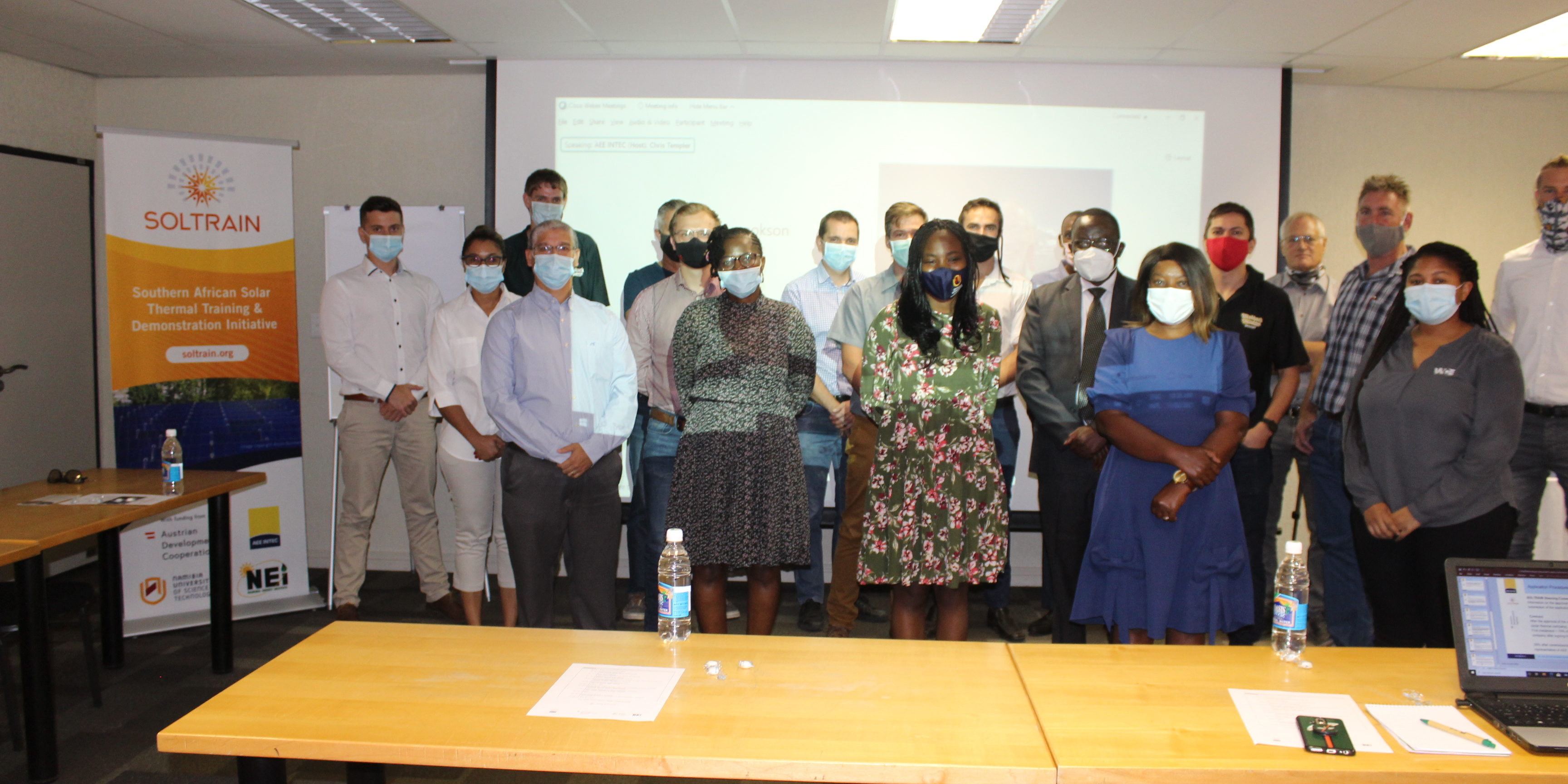 The Ministry of Mines and Energy (MME) and the Namibia Energy Institute (NEI), at the Namibia University of Science and Technology (NUST), has started engaging local industry to explore the possibilities of how solar energy can be used for industrial processes.

The first information sharing workshop with various representatives of key Namibian industries was held in Windhoek under the framework of the Southern African Solar Thermal Training and Demonstration Initiative (SOLTRAIN) Project Phase 4.

Almost half of the world’s heat demand is required in the industrial sector. A large part of this is low-temperature heat, which is used in the food and beverage industry, as well as in the mining industry. There is a huge potential to replace the fossil fuels currently used in various industrial processes with solar energy.

SOLTRAIN will work with the local industry to identify specific areas where solar thermal energy could be applied for industrial processes. Industry will also be given an opportunity to set up demonstration systems at their premises which will be partly financed by the SOLTRAIN project.

While noting that energy costs in industrial processes were significant, representing between 20-35% of the production costs, Snyders said very few improvements in the energy conservation were taking place largely due to a general lack of awareness and guiding policy frameworks for energy efficiency.

Dr Werner Weiss, Director of the Austria-based Institute for Sustainable Technologies (AEE – INTEC), the key implementer of the SOLTRAIN project in southern Africa, highlighted the potential for solar heating and cooling in various sectors of industry, giving some case studies such as the Miraah in Oman, the world’s largest solar process heat plant which was significantly enlarged in 2019 and now has an installed capacity of 300 MWth. The plant delivers 660 tons of steam per day to the Amal oil field.

He also cited examples of companies worldwide and regionally that have successfully implemented solar thermal technology in the dairy, mining, brewing, tannery and laundry processes.

SOLTRAIN funding of demonstration  systems has also been targetted at developers implementing affordable housing national programmes, such as Osona village. Projects which have a special focus on institutions which support women (such as girls schools, maternity clinics, shelters for battered women) and marginalised groups, have also enjoyed preference.